I am setting up a new website to show the portfolio of my performance art.

I am slow but will keep posting.  Welcome to visit! 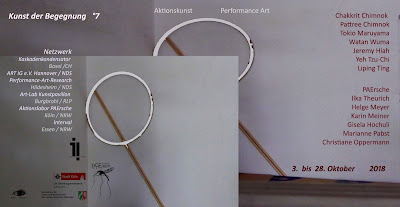 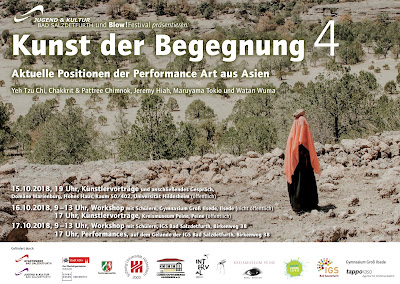 I am happy and honored that in the event of Hildesheim, they choose the photo of

my performance in Mexico to make the poster.

讓我透透氣 Give Me a Break reenact in Beijing 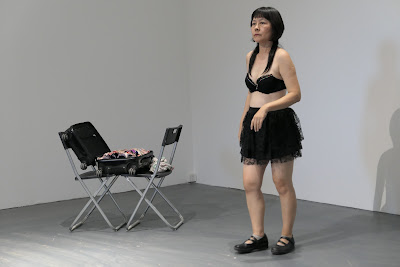 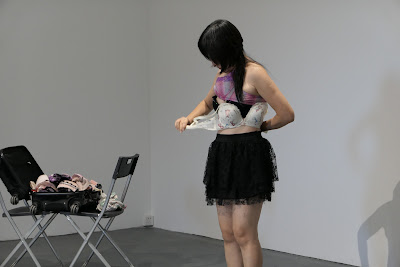 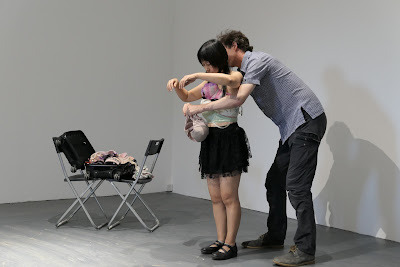 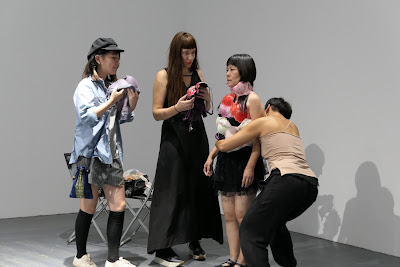 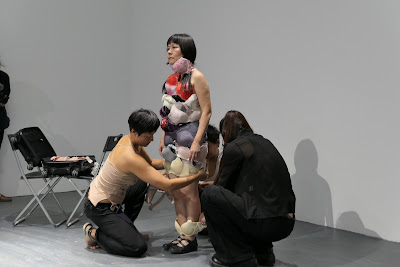 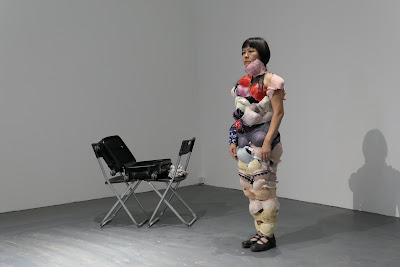 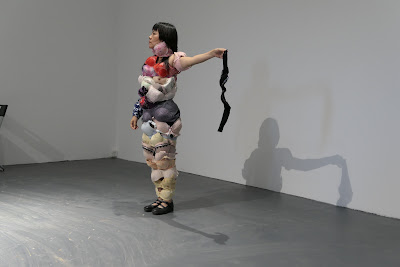 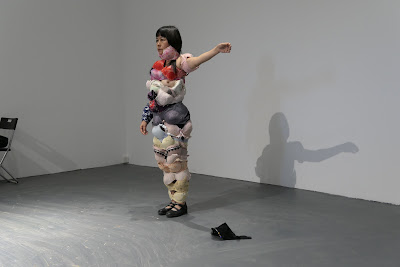 Give Me a Break  reenact   Yeh Tzu-Chi

I asked the the audience to help me wear the bras I collected from the public all over my body, after which I took off my own and lay bare my bosoms.

在瓜納華多的街道上 In the Street of Guanajuato 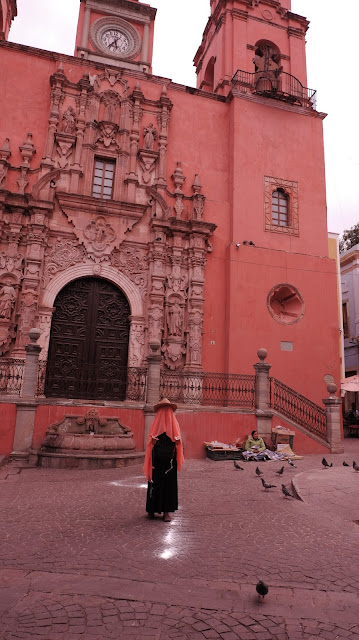 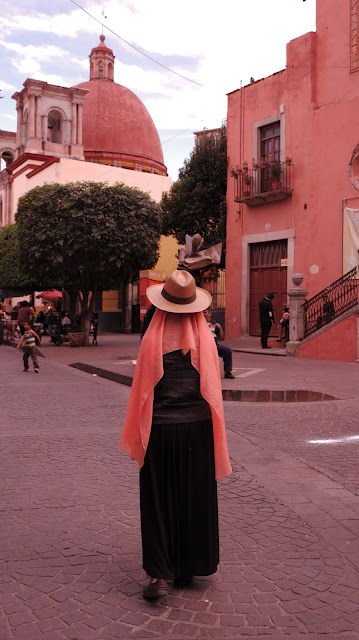 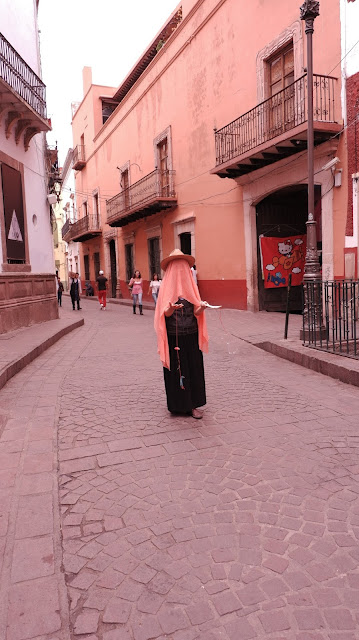 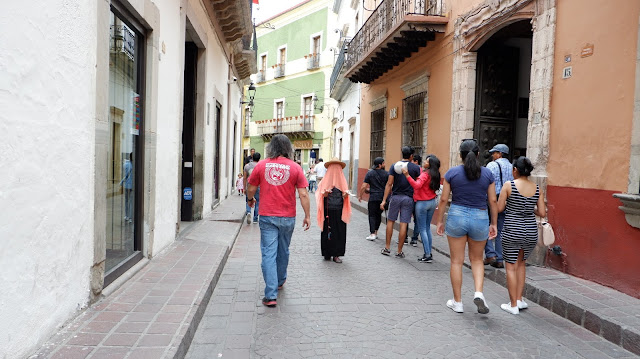 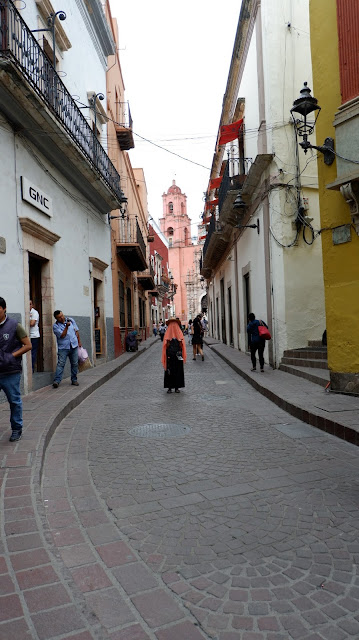 在瓜納華多的街道上    In the Street of Guanajuato

“Plural of One” came up to me when I was writing curatorial concept for this year’s festival.  It occurred to me several times for the following days.  Being an artist, I learn by experience that how inspiration can help.  So I keep it.  Thinking thoroughly, though, this phrase is full of paradoxes and contradictions.  What is “plural of one?”  Is it 111111? Three 1, eight 1?  Or 1s?  No answer!  But if we analyze thoroughly, we will also find this phrase full of imagination and divergence!

First, “one” is a number.  It’s math.  “Plural” comes from math, but it also exists in English, a language.  My educational background is English literature so naturally I tend to understand “plural” more by English.  Therefore, “plural of one,” for me, is like a concept that has both math and English at the same time.  Accordingly, it can be seen as a concept of “interdisciplinary” if you like.

Second, in English, “one” refers to singular, whereas plural refers to the amount of more than one.  So we never say  “plural of one.”  Since “one” is singular, how can it be plural?  Consequently, “plural of one” is totally an illogical phrase which will be categorized as wrong on an examination sheet.  Why then I treat it as something so valuable that I’m willing to spend time and energy to speculate it?  Is my brain dead?  Am I crazy?  Or dare I not to be limited by logical rational reality and jump into the world of imagination, enjoying the freedom of creativity in the realm of art?

As for “one,” one is one.  It’s not 0.5, or 1.5, or whatever.  But such purity perhaps exists only in a priori.   Does anyone ever see a permanent unchanging “one” in the reality?  An apple gets rotten.  A man gets old.  A dog will die.  A concept tends to be replaced by another.  A great man could be degraded into a criminal.  Even a country is lucky enough not to be colonized by other countries, it will inevitably go through different regimes…!   These show the changeability of “one” diachronically.   “One” is also full of changes if we see it synchronically.  For example, dog is “one” of animals, but not all the dogs look alike.  There are  Poodle, Chihuahua, Tibetan Mastiff, Dachshund, Yorkshire Terrier, etc.  It’s the same for human beings.  People have different colors of skin.  Even if they have the same color, they might grow up in different culture/country and behave differently.   Even for people living in the same country, it’s very likely that there is difference for those living in the North from those in the South, and those living by the sea from those by the mountain.   So perhaps we can daringly conclude or propose that One is Plural!

Based on such acknowledgement, I obtain a more friendly attitude toward the recent boosting  performing art/show that is entitled as or claimed to have a touch of performance art.  And I believe this attitude has more or less led to the choice of this year’s artists.

This year we, again, invite local and overseas performance artists to show their solo performance and experiment together the group performance that has not been rehearsed or well planned in advance.  Between these two poles of the spectrum, we invite for the first time the domestically rare seen duo-performance and Zentai Walk, hoping to enlarge and elevate Taiwan’s vision of performance art.  For the local artists, we focus on emerging artists that are highly interested in performance art, some of whom have already joined international performance art event abroad.

Eventually we hope the atmosphere of this year’s festival will be:  here I come, so colorful I am; here I come,  so multi-diversity I am!

A performance art event I organize in November 2017, in Tainan, Taiwan.  Plz check details in 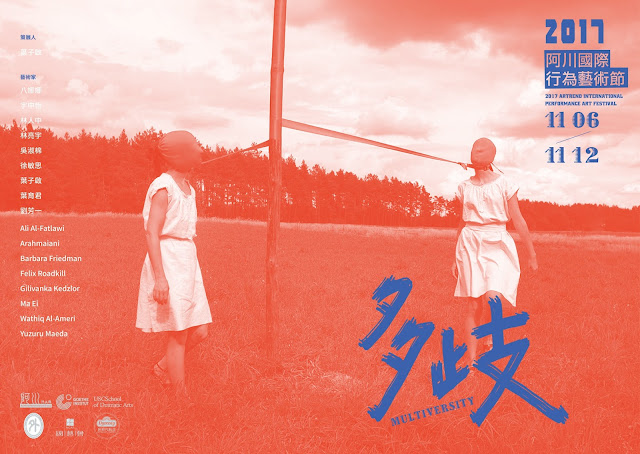 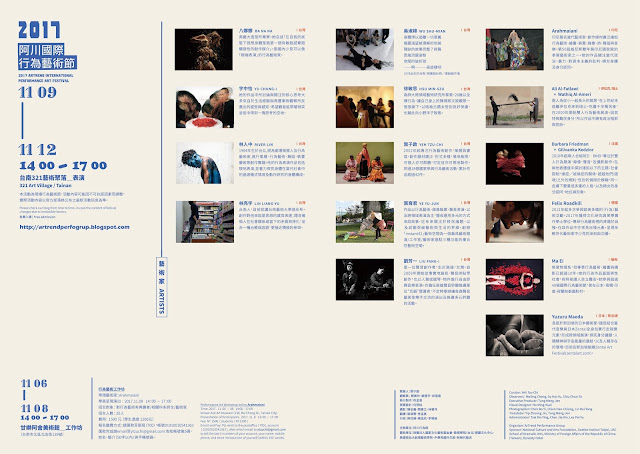